From a background of couple counselling the model was originally designed by David Eggins and another Relate colleague in 1994/95. Fundamentally it was much the same as it is today but there have been extensive and frequent improvements made by David and Mrs Denise Knowles. 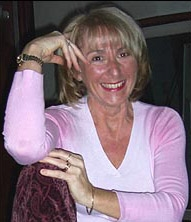 The insights and experiences they have gained from more than 1100 completions of the 36 hours of the work,  the developing knowledge base about domestic violence and the enormous developments and understanding resulting from “the decade of the brain” have all impacted on the content. The first major improvement came in early 1998 with the development of the “emotional wheel”. Prior to this the focus had been “anger management”, thereafter it became “emotional regulation” particularly in the light of Joseph Ledoux’s  1996 recognition that emotion precedes thoughts and consequently it drives behaviour because it, directs and colours the “thoughts”.

Attachment theory, an understanding of couple dynamics, couple fit  and “emotional regulation” underpin  the work which seeks whenever possible to develop a client’s autobiographical memory and work with their procedural memory as opposed to simply their semantic memories.

To illustrate this very simply you could attend a course which “tells you how to drive a car.” You could learn all of the vocabulary, know all the parts of the car, the road signs, stopping distances etc and still have no experience whatsoever of the more important things, steering, braking, changing gear, accelerating, using the clutch etc etc. You can only gain those skills by practising – extensively. These aspects and others would need to be learned. They form part of a “procedural” memory.”

For those reasons the work is largely carried out via an experiential, psychodynamic method. The ethos  is, of course, collaborative as opposed to confrontational.  Collaborative does not mean collusive.

Dr Allan Schore has integrated a great deal of attachment theory into other theories.  Dr Daniel Siegel has developed definitions of emotions and the mind, all of which help to focus positively on what is needed to help reduce  poor  “mental health” and has also helped with pin-pointing the right pre-frontal cortex as being the place where social behaviours are processed and where impulse is inhibited.  via  Via his Polyvagal theory Dr Stephen Porges has developed a hierarchical understanding of how two vagus nerves interact, highlighting how the “social vagus nerve”, the myelinated one, can be engaged. The bi-lateral functioning of the brain has been  dissected, so to speak,  offering further insights into the workings of internal communication and the reception of messages from other people and the environment.

“The Heart of England”  was the pub where the original trustees met to progress the charity. “Matters of the heart”, love and positive relationships are also the driving issues involved.